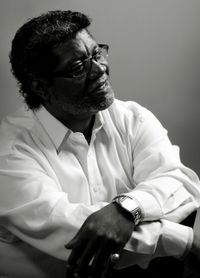 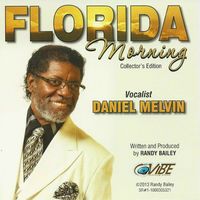 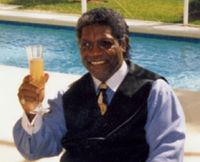 Thirsty Thursdays at The Strand Club 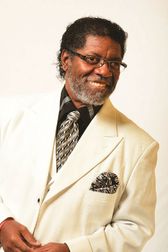 He is called Barry White by many, but is also known as The Most Romantic Voice In Southwest Florida.  He has one of the most extensive repertoires you'll ever hear from a singer. He has a wide range of musical genres, and a voice that is truly as unique as it is memorable and captivating. Daniel will have you coming back for more as you swear you're being entertained by Barry White himself as you listen to his deep, smooth, rich, velvet bass/baritone voice.

Growing up in the heart of Motown, vocalist Daniel Melvin was influenced by Marvin Gaye, Smokey Robinson, and Berry Gordy Jr.. As a professional singer, he's worked with the Contours, the Grammy award-winning Floaters, the Dynamics, and other outstanding entertainers. Throughout Daniel's many years of singing, his voice has taken him to many parts of the globe. Today Daniel offers his smooth, mellow voice to provide professional-caliber entertainment throughout Florida, and its surrounding areas.

He is no doubt one of the most versatile vocalists you'll ever hear, capable of singing just about everything, whether it be Big Band Classics, Standards from the Great American Songbook, Jazz, R&B, Country, Doo-Wop or Motown favorites. This phenomenal singer has been compared to Lou Rawls, Barry White, Billy Ekstine, Nat King Cole, Arthur Prysock and other legendary singers with a unique & outstanding vocal quality.

His love of music and singing is so evident when you hear him sing. The song becomes three dimensional. You can hear is mellow and unique sound, you can feel the meaning of the songs and when you close your eyes you can even see a picture of what the song is about because of Daniel's vocal artistry. His deep smooth voice being the the brush of a true Master with each vocal stroke building to the next so vividly and distinctly as the picture is created.